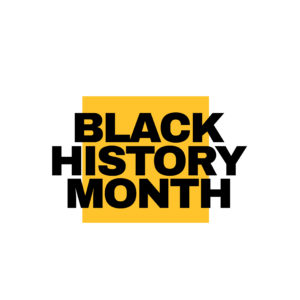 This is the perfect time for us to reflect on the legacy we wish to bestow on our world, and at Pope Francis CES, we work to foster that legacy each day. Black Heritage Month is an excellent opportunity to use the examples of powerful figures of African descent as inspiration for how someone’s actions can help to change the world!

On February 8, Guinness World Record setting rapper and speaker Duane “D.O.” Gibson hosted an awesome event in honour of Black Heritage Month. More than 80,000 students from across Canada were in attendance: from Vancouver Island, BC to Cape Breton, NS to Yellowknife in the NorthWest Territories. Our grade 3 to 8 students were so excited to share their thoughts during this interactive presentation, as Duane encouraged the students to sing out their feelings. He talked about Viola Desmond, who stood up for her rights despite being arrested simply for sitting in a seat at a movie theater. He described freedom fighter Josiah Henson – an enslaved person who travelled the Underground Railroad to freedom in Canada, became a landowner and helped empower other black people during a time where it could have cost him his life.

Grade 6 students read some amazing examples of the ways Black Canadians built and shaped this country.  One such story is “Railway Men”, where they read through stories related to the Black Sleeping Car Porters to gain a better understanding of the men’s daily lives and their contributions to the struggle for labour rights for Black Canadians.  It culminated in a dramatic performance of the Canadian-written book “They Call Me George: “The Untold Story of Black Train Porters.” which outlined a first-hand experience of a sleeping car porter on Christmas Eve in 1954.

During the week of February 14, FDK, grade 1 and 2 students will enjoy inspiring celebrations of Black Heritage in the library. They will learn about Joe Fortes, credited with saving at least 29 people from drowning as well as teaching three generations of Vancouver children to swim; in 1986 the Vancouver Historical Society formally declared Joe as “Vancouver Citizen of the Century”. Black inventors, such as Sarah Boone, Lydia Newman and Thomas W. Stewart, whose inventions help us to make our everyday lives easier will be presented through a storytelling session.